Miss Elizabeth Bagaya heads to Puerto Rico for the Miss World 2021 pageant, more than two weeks after the pageant began.

The girl, who took part in the competition late due to visa problems, was immediately included in the blue group.

when she was able to reach Puerto Rico, Miss Bagaya found some activities that others had started and had come a long way.

Miss Bagaya has arrived in Puerto Rico with less than two weeks left to announce the winner of the Miss World 2021 pageant which will take place on December 16, 2021.

The girl was as ready as anyone else to arrive in Puerto Rico on September 19, 2021, but faced the challenge of missing out on a United States Visa that would have enabled her to enter the host country of the tournament.

Miss Bagaya appealed to the United States via social media to ask for help to get a Visa to participate in the competition, which was to represent her country.

Miss Bagaya, who became the first runner of Miss Uganda pageant in 2019/2020, was given the task of representing the country in the Miss World in 2021 due to the fact that Olivier Nakakande, the former Ugandan Queen, came to study in the United Arab Emirates (UAE).

Miss Bagaya was included in the blue-clad group 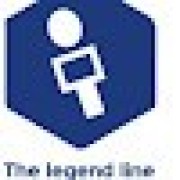 With Product You Purchase

Go to the Arqam options page to set your social accounts.

Weather
You need to set the Weather API Key in the theme options page > Integrations.